Martin Ruebesam: "We will definately use Aristocrat again"

Martin Ruebesam of Wiesenfeld Holsteins in Germany belongs to the most successful breeders from Europe of all time, having bred multiple National- & European Show Cow winners, such as Wiesenfeld Raider Maryam EX-97 for example. The Wiesenfeld prefix is the prefix which has been the most common prefix on the Holstein International World Championship poster till date. Ruebesam was one of the very early users of Mr. Frazzled Aristocrat which didn’t disappoint him!!

Martin Ruebesam, Wiesenfeld Holsteins, Germany about ARISTOCRAT:
“We have a group of circa 15 Aristocrat daughters. The first impression was that they are very healthy calves, we didn’t lost any calf of him. Typewise they are wide & strong calves and some could even make showcows! Altogether I would definately use him again!” 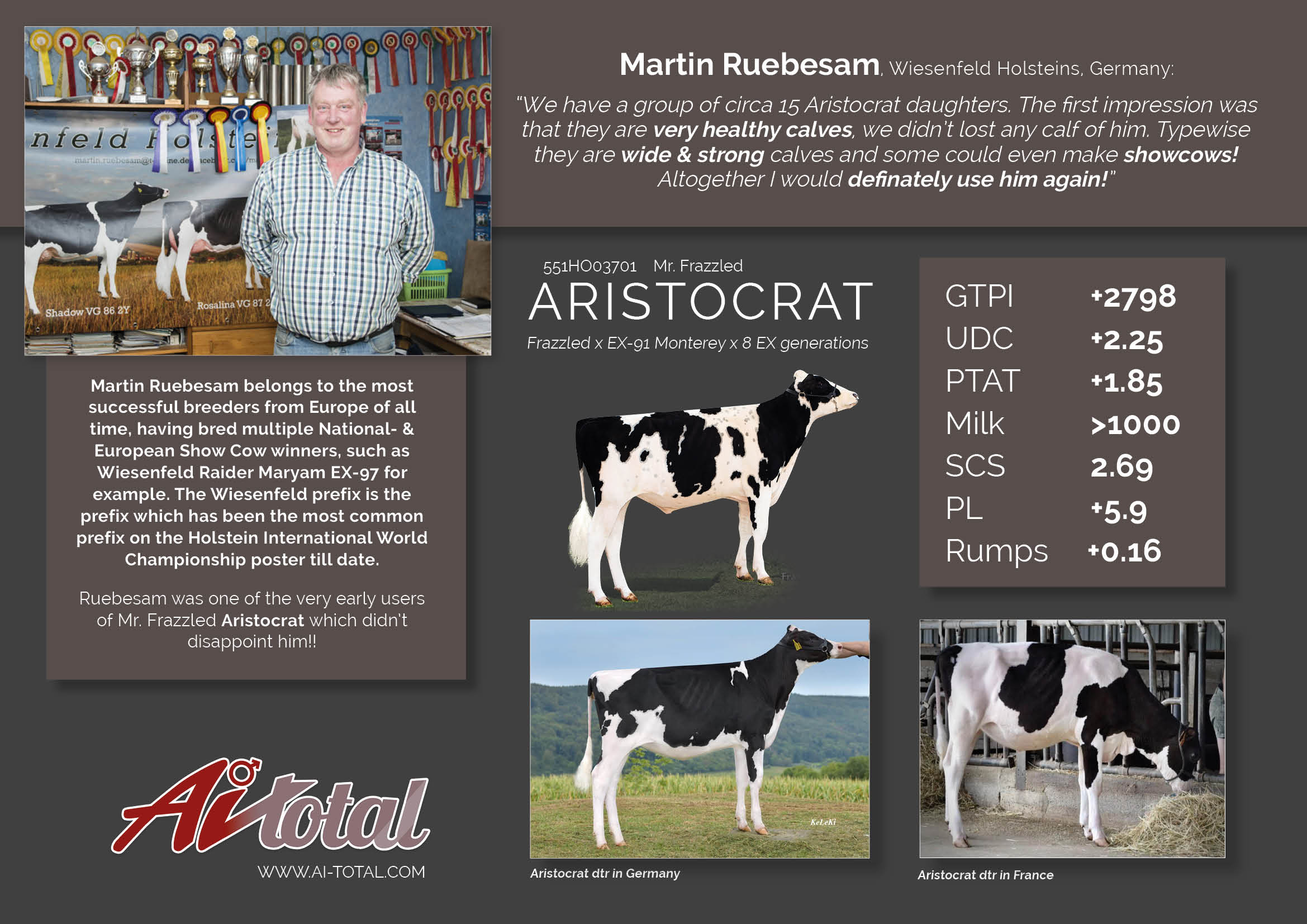